There was a time when a shower was seen as something simple and functional. However, nowadays, people design their bathrooms with a lot more forethought, and having the right shower is now important for functional and aesthetic purposes.

Although enclosed showers have been the norm in many places, many people are now going for open showers. It's, therefore, important to know what advantages and disadvantages each type of shower brings to the table.

An enclosed shower offers much better privacy than the open variety. In open showers, privacy can be achieved with the help of a shower curtain, but when you're looking for an aesthetic that is more upscale, glass shower enclosures are far better. The glass shower walls can be semi-transparent, etched glass, or completely transparent, depending on what you're going for. However, cleaning stains left by water on the glass can be difficult.

On the other hand, an open shower has the advantage of opening up the bathroom, and this can greatly improve the visual appeal of your bathroom. The downside of this is that some people don't like the "unprotected" feel of not having a barrier between them and the rest of the bathroom.

Enclosed showers work well in guest baths, master bathrooms, and any other bathroom that may need to be used by more than one person at a given time. Users can use the shower without feeling like someone else is imposing on them.

Outside the house, open showers are a good fit because they provide easy access. Showers for outdoor pools and cabana baths can greatly benefit from this open feature. Open showers are also important inside the house for people who need easy entry to the shower, such as somebody in a wheelchair or an elderly person.

In certain bathrooms, it's important to create a moisture barrier between the shower and the rest of the space. Steam from the shower can condense on mirrors and other parts of the bathroom that you'd rather keep dry. You'll need an enclosure with shower doors to achieve this.

A moisture barrier may not be necessary depending on how well your shower or bathroom is ventilated. If moisture is your only concern as far as open enclosures are concerned, you can install an exhaust fan to carry out the moist air when somebody is using the shower. Proper ventilation is still important even in closed showers. 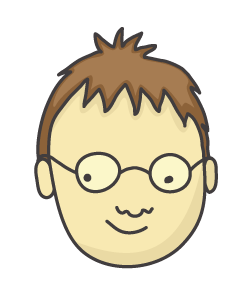 After carefully evaluating the condition of our home, I realized that I had to do something to make things better. I began going through our place and thinking about what could change, and it was really obvious that the windows needed to be replaced. I started working hard to make things right, and it was absolutely incredible to see how much better things became. After the new windows were installed the entire home was gorgeous, and it really made things feel lighter and brighter. I started a new blog to talk about getting new glass for our home, so check it out.

Read in about 2 Minutes